I was in the winter of my life, and the men I met along the road were my only summer.
At night I fell asleep with visions of myself, dancing and laughing and crying with them.
Three years down the line of being on an endless world tour, and my memories of them were the only things that sustained me, and my only real happy times.
I was a singer. Not a very popular one,
I once had dreams of becoming a beautiful poet, but upon an unfortunate series of events saw those dreams dashed and divided like a million stars in the night sky that I wished on over and over again, sparkling and broken.
But I didn't really mind because I knew that it takes getting everything you ever wanted, and then losing it to know what true freedom is.
When the people I used to know found out what I had been doing, how I'd been living, they asked me "Why?", but there's no use in talking to people who have home.
They have no idea what it's like to seek safety in other people, for home to be wherever you lay your head.
I was always an unusual girl.
My mother told me I had a chameleon soul, no moral compass pointing due north, no fixed personality; just an inner indecisiveness that was as wide and as wavering as the ocean...
And if I said I didn't plan for it to turn out this way I'd be lying...
Because I was born to be the other woman.
Who belonged to no one, who belonged to everyone.
Who had nothing, who wanted everything, with a fire for every experience and an obsession for freedom that terrified me to the point that I couldn't even talk about it, and pushed me to a nomadic point of madness that both dazzled and dizzied me.

I'm tired of feeling like I'm fucking crazy
I'm tired of driving 'til I see stars in my eyes
All I've got to keep myself sane, baby
So I just ride, I just ride

I hear the birds on the summer breeze,
I drive fast, I am alone in midnight
Been tryin' hard not to get into trouble,
But I, I've got a war in my mind
I just ride, just ride,
I just ride, I just ride

[Spoken ending:]
Every night I used to pray that I'd find my people, and finally I did on the open road.
We had nothing to lose, nothing to gain, nothing we desired anymore, except to make our lives into a work of art.
Live fast. Die young. Be wild. And have fun.
I believe in the country America used to be.
I believe in the person I want to become.
I believe in the freedom of the open road.
And my motto is the same as ever:
"I believe in the kindness of strangers. And when I'm at war with myself I ride, I just ride."
Who are you?
Are you in touch with all of your darkest fantasies?
Have you created a life for yourself where you can experience them?
I have. I am fucking crazy.
But I am free.
Written by Lana Del Ray 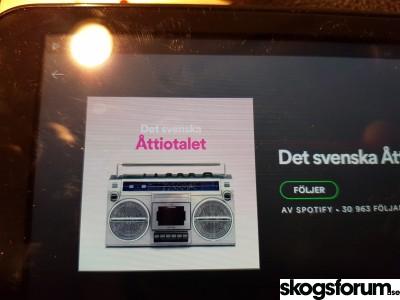 "Well, I lived in the Bronx for four years. I lived in Brooklyn for like four years after that. I always consider myself to have a serious street side, even when I was in high school. I mean, I was pretty crazy. Everyone I knew was really crazy.
Why’s that?
It’s just the way it was.
Is it because you lived in a small town in upstate New York?
Yeah, probably. It was boring. That town is crazy, too. I was a bad girl, but I’m good now. I guess I have some bad tendencies. I don’t like to do hurtful things, but I am drawn to the wild side. I love riding motorcycles; I love rollercoasters; I do like adrenaline. But I’ve also found true happiness when I was living in New York and working with other people in that way that we’ve talked about. So, I don’t know. But I don’t feel at odds with it.

But I think what you do is not normal, actually.
Well, I thought so, too. I thought my tastes and likes were pretty normal, but then I met everyone and I was like, “These people don’t actually care about music and art. They want to be cool.” I never met anyone who cared about music as deeply as me and my boyfriend, or who really cared about poetry—who really lived it and breathed it. I haven’t met anyone so far. I just can’t affiliate with those people.other people in that way that we’ve talked about. So, I don’t know. But I don’t feel at odds with it."